Depending on the number of dice, form groups e. Students sit in a circle and each person throws one dice. One student then has to make the sentence according to what is shown on the dice.

Directions dice example: Massugu itte, kado o migi ni maggate kudasai, gakkou ha migigawa ni arimasu. Various dice on various topics and templates included in ZIP folder. They need two different coloured dice between them and a different coloured pencil each. The first player rolls both dice. If the player can say the word correctly in English, they may colour the square their colour. If a player rolls a square that has already been coloured in, they miss that turn.

The player at the end of the game with the most number of squares shaded, is the winner. Donated by Rachel. Next to the rows are words and columns are target words. Ss need to draw randomly in 15 of the circles little pirate faces. Tt reads a sentence using the target words. Ss cross off the circles corresponding to the words Eg.

Playing tennis is fun. Ss cross off the circle that corresponds to tennis and fun. Extra: Tt can be replaced by a confident Ss and create appropriate sentences.

Dog and the bone Teach Ss vocabulary using flashcards. Put the flashcards on the floor or around the room. Then give each pair of Ss a number. Say one of the flashcard words and then a number.


The pair with that number needs to run and touch the flashcard. The fastest Ss is the winner. Split two words in half over two dominos. Put a picture or kanji or katakana on one side and the word or hiragana on the other. Word on one side definition on the other etc. Cut and laminate the domino cards. Divide the class into groups of four. Shuffle the dominoes. Randomly hand out the dominoes ensuring each Ss gets the same number of dominoes approximately 10 each. Place the remaining dominoes to one side in a pile. Decide who will go first by playing Junkenpon.

The first player puts down a domino then the next player puts down another domino that matches the word or picture of the previous domino es. Allocate a team member from each, to come to the front of the class. Tt says a target or review vocabulary.

Each Ss has 30 seconds to draw the vocabulary on the whiteboard. At the end of the allocated time, if the drawing matches the vocabulary item, then the student s can roll a dice. The number rolled on the dice is the number of points the team receives. Swap drawers at the front. Continue the game. The team with the most points at the end wins. EXTRA: If the student doesn't draw anything, or draws the wrong thing, the dice can be rolled and this number of points is deducted from their total score. 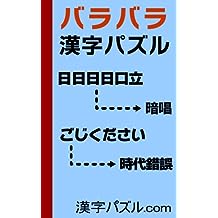 OR Rather than 30 seconds to draw the object, it can be played that the first team to draw the object making sure the object is recognizable is the winner. Make sure each team has an equal number of students. Move desks to the centre of the room. The objective for each student is to run the circumference of the classroom once and return to their seat while balancing a ball in their spoon. When the pass the teacher on the way they have to answer a question or identify a flashcard. If they can, they can continue their circuit. When they finish their lap, they hand the ball and spoon off to another student.

They do their lap. When one team has all their students finished they win. Fold the paper like a fan. Ss write on the first section of the fan a word in the target language and then in English on the next fan section. Continue until the fan is completely full of words. Ss fold up the fan and test each other by slowly unfolding the fan. Fan-tastic To review vocabulary or hiragana or kanji put the word you want Ss to learn onto a piece of A4 paper.

Fold the paper in a fan shape. Slowly reveal the word fan section by fan section. Ss have to guess what the word is before the fan is completely opened.

Tt reads the definitions and Ss write down the corresponding number to the word being described. Words can be replaced with pictures. Flashcard Okaishi Teach Ss the vocabulary on the flashcards. Ask individual Ss the words on the flashcard. If they are correct give them the flashcard.

When all the flashcards have been handed out the Tt then asks for them back. The Ss then pass back the flashcard to the Tt. Put the words on the board in fly shapes.

The Tt yells a word and the Ss have to swat the corresponding word. The Ss in the middle says a statement that reviews a target structure. The last person standing becomes the new person in the middle. Repeat for all the other missing words. Ss then go around and collect one random card from each pile of cards. They then read to the class their sentences.

Which are grammatical, which are funny? Get the bananas www.

Draw pictures of trees on the board, one tree for each group. Each tree has 9 "rungs" add more or less depending on the amount of time you wish to play , and some bananas at the top. This takes about 1 minute if you're quick! Each team then has an animal which will climb the tree e. Monkey, Koala, but also things like "cow" or "helicopter" are very amusing! Explain that the aim of the game is to eat the bananas at the top! During the game you play some music something fast and dancey. When the music plays the students pass a ball around no throwing!!